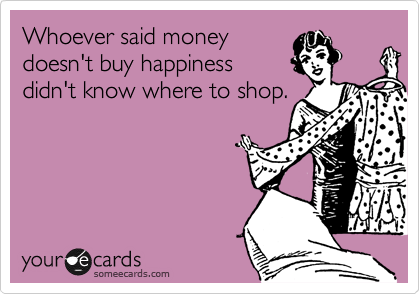 Isn’t it exciting when the thick envelope appears in the mail signaling an upcoming wedding? How about two?  Within a month, we are invited to two weddings, two weeks apart – one of the son of very dear friends and the other, our nephew. Both require travel and some advance planning. To that end and looking ahead, flights were booked, hotels were secured. Tim’s tuxedo is being altered at the tailor.  I am on top of the process. All the pieces are in place, leaving what I will wear the greatest challenge and frustration. A feeling of dread at the highest level seizes my psyche. Yet I must meet my fears head on. I must go shopping.

It sounds simple. Run to the mall, try on a few dresses, pick from/or a few dresses, purchase said dresses, and go home. If only. Months of sitting at my computer writing have done their work to alter my figure. I refer to it as a “shift” since, while the weight has remained steady, the measurements have not. I ventured into my closet to see what was already in the stable and, while there were many options, none quite fit the way they did originally. Panic set in. I considered my options and, since it was too late to become a fashion designer or sew a frock of my own creation, I graciously accepted my daughter’s offer to accompany me on the quest for a dress to hide, as my mother would say, “a multitude of sins”. With my nine year old granddaughter, Molly, in tow, we embarked last Friday evening on our adventure.

Our first stop was Lord and Taylor, a solid go-to for the dressy dress since they stock a range of designers and cater to evening wear. Amassing an armload of “not quite what I was looking for but there’s nothing else” dresses, I set off to the dressing room with Molly. First piece of advice- never take someone, who holds you in such high esteem that your flaws are non-existent, to try on dresses that you know won’t fit. Too big on top, too tight on the bottom, just plain horrid, yet every modeled mishap was met with “Oh, Mami, that’s so pretty!” “You look so nice, Mami!” Fortunately, her mother came along to set her straight. She’s a little more scathing with comments like “Oh my God, take that off!” “Never!” “Hideous!” The reality check now in place, I made the Mami executive decision to move on to the possibly greener pastures of Macy’s garden of formal wear. I had little hope since my ego was sufficiently mangled already. Undoubtedly, the dress for me was still on the drawing board, or not.

I trawled through the racks, armed with the knowledge of what won’t work, gleaned from the L&T debacle.  I marveled at the plethora of stretchy fabrics fashioned into narrow, form fitting, glove-like designs but left those behind for those poor malnourished would-be party goers. With disgust, I wondered if the fashion designers got the memo that 41.1% of American women over the age of 20 are overweight. Going up a size (maybe two), I plucked a few possible options of the Calvin and Tommy varieties, with low expectations. Downtrodden and hopeless, I once again took to the dressing room for my visual dope slap.

Ten dresses later, I emerged with four possible options that were better than workable. Even Lisa thought that they looked good, but unfortunately used the word “underpinnings” one too many times, leaving me to believe that some form of restrictive, “shapewear” undergarment would take the look to the next level. That’s a problem for another day. The store was about to close and I had to make a decision.  Never one to not hedge my bets, I refused to leave any of these options behind and bought them all. Granted, two of the dresses are the same dress – different lengths, different colors – but I still had four viable dresses in hand. I declared victory!

I walk past the dresses now, as they lay on the bed in the spare room, and avoid eye contact. I know at some point we will need to have a conversation, one that includes underpinnings and accessories. But for today, I revel in the knowledge that I have a strong case in the matter of “the dresses vs. Marie”. And a choice, or four! My new shifted body has never felt freer!

As I settle into the empowerment that this situation affords, I let my guard down and say “Bring on the dreaded underpinnings! Truss me up like a Thanksgiving turkey, if you must.”  And I think of Billy Crystal’s portrayal of ‘Fernando Lamas’, “It’s more important to look good than to feel good!” I must say, I live by this mantra on most days. In truth, I have come to learn that breathing is so overrated, at least in the cause of fashion. 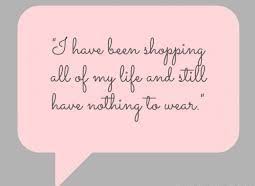 One thought on “Two Weddings and a Shopping Trip”