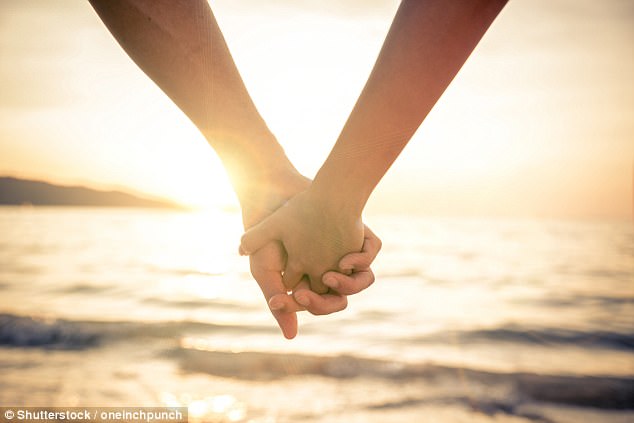 Last evening, as we walked into the decrepit, magnificent building on Boylston Street, I was nervous but less so because I held his hand as we mounted the elevator to the fifth floor. As the door opened into the space, we entered the offices and classrooms of GrubStreet. I handed the envelope containing my acceptance letter to the young man signing us into the Open House. We grabbed our crackers, cheese, fruit, and wine, and eagerly sought a corner where we could be invisible as we observed the attendees. Once we settled into the room where the showcase of talent was planned, I finally breathed, less anxious and more eager to see just what I had gotten myself into.

When I left my final job in education last February, I had no idea what was next for me and my hard fought career. Multiple degrees in my field dictated what I was meant to do, yet I was adrift and bereft. When I started my own company, I believed that the “next thing” was taking shape and that I was tapping into my learned skills. Spending my days at the library, church, but mostly, home, cowering from reality, I hammered out a plan, creating flyers, business cards, promotional materials, and took out ads promoting my college counseling business. I was a school counselor by trade, after all. It was easy and safe, and I wrongly believed that it was one of those “if you build it, they will come” sort of things. In the meantime, I sought other entertainment and diversions from wallowing.

During one of my library visits, I picked up the monthly newsletter where an eight week Memoir class was advertised. It was being taught by a local author, who was an instructor in a local college, as well. I was intrigued since I had been writing Mami for about fifteen months at that point, and my blog was a forum where I had toyed with memoir, peppered with personal essay and opinion, and sometimes, just plain old ranting. With my psyche still scattered and battered, I signed up for this “next, next thing”, seeking an outlet and maybe some professional feedback for my writing.  In the end, what I got was so much more.

In the class, we read other memoirists’ pieces, dissected their styles, and shared our own work. Since I have never studied writing as an academic subject, I was a bit lost as my classmates, all older women who were semi or fully retired, batted around terminology like ‘style’, ‘arc’, and ‘voice’. Unbeknownst to me, I was a novice in this world of would-be writers.  Some members of my cohort had taken more than a few courses at some place called “Grub Street”, where the library course instructor taught in addition to his college level work. I made a mental note to research this place since I had no idea what it was. I didn’t expect this level of instruction, feedback, or support in a free 8-week library seminar but here I was, immersed in a culture that more than piqued my interest and forced me to write in a more prescribed way.  In the past, I just wrote, without a roadmap or an eye to the “practice” of writing.  This way of thinking and writing was different and, I admit, a bit challenging!

Each week, I would bring a writing piece, or two, generated by a prompt supplied by my instructor. Confident in my raw ability as I writer, I was always ready to share and get meaningful feedback but it seldom came. After I  read my contribution to the class, my classmates would commend me for my talent and my instructor would tell me that I had mastered “voice”, which I guess takes a long time (who knew?). I had good arc and a style peculiar to me. I was chuffed to say the least, fueling my interest in pursuing something of a larger scope than my beloved Mami blog.

By the time the class ended in May, my group had gelled into a supportive writing community, now based in friendship, with a connectedness rooted in our sharing of deep thoughts, ideas, and our histories in memoir form. Sad to see it end, we committed to continuing our group, meeting weekly at the same time as our class was held in the spring. For the past few months, we have worked around summer vacations while rotating our meetings at each other’s homes and local coffee shops. The outcome is more than I ever expected from a free, two hour a week, library class meant to keep me occupied and less self-pitying.

Over the course of the spring and summer, I did my GrubStreet research, learning that it is a cutting-edge “think tank” dedicated to breeding, cultivating, and connecting writers with like-minded instructors, editors, and publishers. As I perused the course offerings, my interest gravitated to the memoir cluster of master classes, generators, and incubators. Still not totally sure where my talents fell, I decided upon the Memoir Generator, a competitive program capped at 14, where I would be guided through the completion of a full, book-length, draft of a memoir. As part of the application packet, I needed to enumerate the classes that I previously had taken (my free library class?), share information about my published work (my CAGS thesis at Salem State, I guess, and oh yes, Mami!), and secure a recommendation from someone who knew my writing ability (who else but my instructor of eight weeks, since he taught at Grub). Most importantly, I needed to submit an excerpt from “my memoir” (oh, that’s rich) – I didn’t have one. I had started work on a memoir eight years ago and, since my father was still alive at the time, I abandoned the project in deference to him because my recollection did not paint him or his antics in a positive light. Now an orphan, I applied myself to the task and within days, I had pumped out thirty pages of gory, bizarre, and salacious details of my history that even intrigued me! Only needing ten written memoir pages for my application packet, I proceeded to amass the other required elements and made the deadline, despite lacking anything resembling a memoir just a week before.

When the notification arrived that I had been accepted to the Memoir Generator, my uncertain future instantly took direction. The next day, I walked into the Teachers’ Retirement Board and finalized my departure from the field of education.  I had other things to do now and mourning my career was not one of them.  The retirement counselor assured me that I was doing the right thing, summarizing my three acts: I had been fortunate to stay home with my children, I had a great career, and now I had a pension. His words solidified my resolve and lifted the final edge of the curtain on my “Third Act”.

Last night, my husband held my hand as we ducked into the elevator leading to my “Third Act” and I thought back on all of the times he held my hand throughout my life. As a full partner in child rearing, he supported the idea of a “stay at home” mom while our children were young.  While it was never easy, especially financially, our grip as we walked the path of parenthood never weakened. When I proposed a graduate degree (twice), he never flinched at the responsibility that would fall to him in my absence or the financial burden on our family. His unwavering support was invisible yet palpable, and his pride in my accomplishments spurred me on. Last night, as we listened to the talented writers showcase their work, once again I felt his hand hold tight and then release its grip, allowing me once again to explore the “next thing.” He knew that this is where I need to be in my next adventure.  While the warmth of his hand in mine provides an incubator for my dreams, it is in the letting go that I have realized my life’s goals, always knowing that when I need it, his hand is a far away as my fingertips and heart. 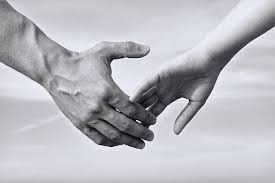 2 thoughts on “My Life in Three Acts: A Love Story”