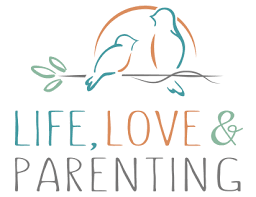 A few weeks ago, I visited our youngest, a son, who I affectionately refer to as “The Defector”. Having left the bosom of his family and hometown of Boston, he set off to a new life in Austin, Texas, where, I must admit, he has made a lovely life. Interestingly, he hates that I call him “The Defector”. In response, I chuckle, and continue my assault.  That’s part of the lesson here. When our kids were younger, there were trigger topics that we just knew would incite an outburst or, at the very least, a pointed retort.  And because of that possibility, and in the interest of peace, we avoided these minefields – or not.  In any case, now that they are adults, those trigger comments remain, albeit adjusted in quality and content for the stage of young adult development. The truth remains – we always will be the parents and they always will be our children.

The relationship between a parent and a child embodies the gamut of emotion – extreme love, extreme loathing, unbridled joy, pride, annoyance, embarrassment, and guilt, for a start. When our children do well, the feeling of accomplishment for both them and us overwhelms and affirms. It is why we parent, after all. It offers license to brag and boast, and somehow reflects our skill in raising such a gifted human!  Conversely, when our kids mess up (and if you tell me yours never did, you’re fibbing!), we struggle to  absorb the possibility that the fruits of our loins could screw up so badly, especially when we warned them of the dangers of certain decisions. If we are lucky, they survive all of the bad choices. But in the end, we all come out on the other end changed, having experienced life altering love, loss, pain, and joy.

Being the parent of an adult demands a new approach. If you really did your job well, your kids enjoy your company and maintain a connection to you.  Creating a method to communicate, develop boundaries, and co-exist, whether next door or two thousand miles away, presents a tricky balance that dictates your success as a parent when the children are no longer children.  In the case of “The Defector”, my own angst over his departure divided us more than the distance from Boston to Austin.  Communication was rare for the first few months of the transition and my despair was palpable. Mired in my own cultural and ethnic mores, I believed that one did not leave “home”, especially one where you were “all set” – a place to live, a good job, and most of all, family – to pursue “the unknown”, surrounded by strangers.  As the car, loaded to the brim with his Boston life, departed the driveway on that cold December day, I struggled to fathom that I would not see my son for five months.  And I secretly (ok, not so secretly) hoped that he would not find his way in Texas and make his way home posthaste.

Now almost eleven months and two visits to Austin later, I feel a pride that surprises and shocks me. “The Defector” has made a “life” – a beautiful apartment, a good job, an expanded palate that includes Torchy’s Tacos and kolaches, and a young, vibrant city at his feet.  With time, a system for consistent communication has developed, which has included a weekly phone call, at a minimum, and intermittent daily texts. Topics range from the weather, to politics, to work, to concerts, to Boston sports, and the conversations are lively, engaging, and genuine. And, yes, I ask the minefield questions – like “who are you dating?”, but the answers are less volatile.

It was my daughter who said it best, as she bade her brother ‘goodbye’ at the airport. Through her tears, she admitted to hating leaving him behind; yet, she conceded that he needed to be there, in Austin. Maybe that’s the lesson. Adult parenting is all about hating the distance but recognizing the benefits in a new life, anxiously awaiting the joy in the occasional visit, anticipating a lively phone call, and asking the minefield questions, trusting that the result will be a conversation, not a detonation, between two friends who just happen to be mother and son. 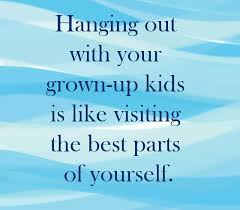