There’s a full moon out tonight and, for the few days prior to this marginally historic event, the perceived tension of the lunar phase gripped the streets of the Greater Boston area. For some reason, we can reason away the sub-par driving skills of angry, misguided and distracted drivers by blaming their shortcomings on the “Full Moon”. However, in a few days, the Moon will transform into its third quarter visage, and motorists will continue to demonstrate a level of flagging ability only is seen in a bad drivers’ ed training film. I will go out on a limb and say that these people are just lousy drivers, regardless of the moon phase or planet alignment.  As for myself, in the driving arena, I consider myself an accomplished motor vehicle Class D operator (as deemed by the Commonwealth of Massachusetts), and with this skill, comes a critical eye. Most notably, my reign as an authority was established when I was awarded the “Fastest Driver” accolades in the Superlatives of the Class of 1976 of Arlington Catholic High School. Thus, on this topic, I am an expert.

When I assume the challenge of my daily commmute, I am amazed by the stupidity and ineptitude that assault my senses and sensibility in my short 12 mile journey. Along the way, I encounter all manner of skill level, arrogance, machismo, and maneuver. As a result, I have cataloged these personality types according to their vehicles, creating a modified DSM-V of Driving Disorders. Here are a few descriptions:

The American Flag Flying, Small Pick-Up Truck (truck usually of American origin): This driver sees no issue with driving at rush hour, despite the fact that they are clearly in no hurry. Obnoxiously, their clip on American flags snap and crackle loudly in the wind, despite flying in the draft of speeds no higher than 25 miles an hour.  Now, I love America as much as the next guy, but I resist the compulsion to fly Old Glory loud and proud on my car, especially in multiple quantities, if just to avoid the annoying noise level alone. Get behind this guy and you will not only kiss your goal of on-time arrival good-bye, but you start to hate anyone wearing a wide brimmed trucker baseball cap.

The Souped Up 1991 Toyota Corolla, Fully Equipped with Spoiler and Dual Exhausts (muffler optional): This driver is out to prove that, despite the antiquity of his ride, they are louder and faster than you. As they bob and weave around you in an attempt to intimidate and gain advantage, you stop and pause in an attempt to discern the origin of that thumping noise that you hear, fearing that it may somehow be emanating either from your own vehicle or the onslaught of nuclear war. This driver presents one of the few situations where being behind him is preferable to having him follow.  Most likely under insured, keep a safe distance to preserve your sanity, and your own auto body integrity.

The Extremely Oversized, Japanese Luxury Vehicle (driven by a woman with blonde hair, holding a cell phone – maybe): Now I have this particular driver at the tip of my nose this week (hence, the specific description) since one of this ilk cut me off while taking a left turn at a traffic light. I was on the straight away and the “luxury monster truck” forcibly entered my lane and interfered with my momentum.  Worse still, my husband, in his little Beemer SUV, traveling close behind, nearly joined me in my backseat, stopping just short of violating my little A3.  (As a co-worker said, “That would have been one hell of an insurance claim!”) These monstrosities of motor vehicle design are the overblown mini-tractor-trailers of suburbia and should be banned in the interest of safety and aesthetic sensibility.

The Fast Lane Hogging Swerver – Cell Phone Not Optional, No Particular Vehicle Assigned: The most distasteful and heinous of all motorists, the boldness with which they text while driving flies in the face of decency. These people think nothing of the Amber Alerts cautioning “Better Left Unread Than Dead”. Easily identifiable by the tilt of their heads, these drivers resist adjusting their heads from the semi-permanent 110 degree texting angle.  Once you clear these scofflaws, you glance over at them and they have no idea, nor do they care, that their cover is blown.

Subcategory: The Red Light Texter:  We all know this one – the light turns green but they are so engrossed in their thoughts and thumbs that they have no idea, not only that the light changed, but that the ten cars ahead of them have cleared the intersection. Inevitably, the idiot guns it and makes it through the light just as it turns back to red, leaving the rest of the line to wait one more cycle. Is there anything more infuriating? 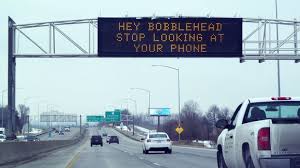 I could go on but you get the idea. And whether or not the moon is full, waxing, waning or “void of course” (thank you, Cosmic Muffin), the roads have never been more dangerous. Grateful to return home in one piece most days, I won’t say I don’t own a little road rage in my own right. But I come by it honest and defensive driving is a vital skill in these desperate times. So as you venture out tomorrow, remember what Sergeant Phil Esterhaus said in Hill Street – “Let’s be careful out there!” Sadly, you might be the only one. 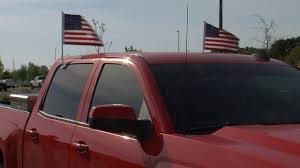