“In winter 1963, it felt like the world would freeze, with John F. Kennedy, and The Beatles…” – “Life in a Northern Town”, Dream Academy 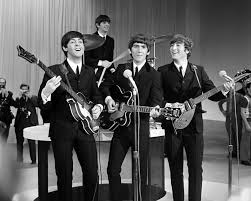 I was five years old when The Beatles came to America. Even as a little girl, I was transfixed, glued to the TV screen, awaiting their first appearance on Ed Sullivan. It is one of my earliest memories and for the rest of my life, The Beatles have been a part of my heart and soul. My parents even encouraged the obsession, that is until the band embarked on the drug and politics part of their career as an ensemble. Being young, didn’t really understand their concerns – Who was the Maharishi Mahesh Yogi? Why did they go from wearing matching suits and ties to love beads and flowered shirts?  Why had their music changed, too – from ballads and upbeat rock and roll, to experimentation with offbeat, and sometimes dark, themes and images? And what did it mean to “give peace a chance” while the Viet Nam war raged on? The Beatles were my 1960’s. It was the beginning of my education in pop culture, fashion, music, politics, and life.

The Sixties were a tumultuous era of tremendous division and discord for our country.  I was old enough to understand the horrible images of destruction and violence on the news on the little TV in our kitchen during dinner every evening. And I was old enough to realize that what The Beatles professed was not a bad thing. But it was hard growing up in a home where the war was a non-negotiable – you had to buy in. Anyone who did not support the war was a Communist, or at least a sympathizer. The Beatles were in that category.

So I frequently snuck over to my friend’s house to get my Beatles fix, since my supply was cut off – my parents would not support the careers of anyone they perceived to be un-American. My friend Sheryl was the youngest of four sisters in a traditional liberal Jewish family.  It was in their home that we dissected songs like “I am the Walrus” – (who was the Walrus?), attempted to play “Strawberry Fields Forever” backwards to find out whether Paul was really dead, and sang songs like “Maxwell’s Silver Hammer” and “Lovely Rita” at the tops of our lungs. It was quite a bit of subterfuge on the part of a ten year old, and it was intriguing!

I cherish my memories of my Beatles childhood. On my transistor radio, I listened to songs like “Yesterday” and “The Long and Winding Road”, ballads that touched a sadness inside me, even at my tender age. It was a lonely life as an only child and sad songs always made sense to me.

When I visited Liverpool in 2016, it reawakened in me the connections I had made as a child with the music of The Beatles. The museums displayed a collection of history that was my history as well. Album covers, dolls, even bubble bath bottles in the shape of Paul and Ringo, just like I had – I was transported. Visiting the grave of Eleanor Rigby and standing at the gates of Strawberry Field, I was spellbound. It was a magical experience.

Now I get my Beatles fix daily on my Sirius XM app as I listen to The Beatles Channel incessantly. I think it’s getting to my roommate (ok, husband) but I don’t care. The songs bring me to the place in my soul where I went from innocence to worldliness. I learned about life from The Beatles. Perhaps there will come a time when I will get tired of the songs, but I doubt it. I just remember… 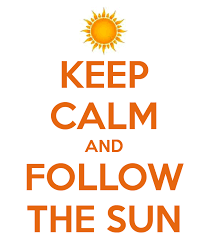