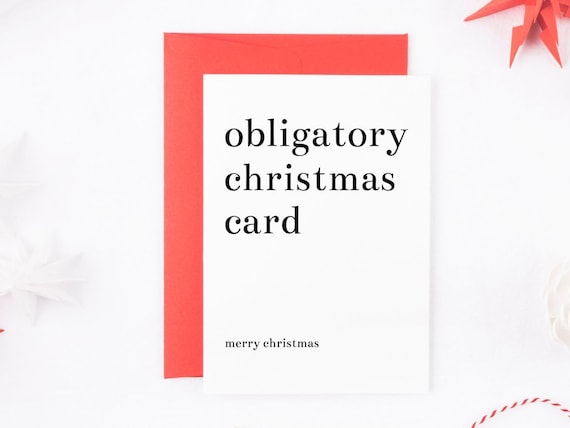 It’s an improvement over last year. I actually have what I guess is called the “Christmas Spirit”. The decorations are up. I have started practicing carols on the piano. The calendar is full of upcoming parties, concerts, and events like tours of swish uber decorated houses in swanky neighborhoods. The scent of pine, generated by multiple holiday themed candles, lightly wafts through the house. Even the dog is wearing her Christmas attire, a red and white knitted sweater with the word “Joy” embroidered into the yarn. All is right in the Christmas Haven that is our home except for one thing: the dreaded task of sending Christmas cards.

Now it’s not like I haven’t developed a system to streamline the job. My hatred of the process forces me to maintain a detailed list of “Cards Sent” and “Cards Received” that dates back a number of years. The prior year’s receipts dictate who makes the cut for the following year’s mailing and any opportunity to thin the herd is more than welcome.  Labels are prepared at the end of the prior season to expedite the mailing process. I scour all of the websites – Shutterfly, Tiny Prints, Zazzle, Vistaprint – for the perfect layout and the most festive design that reflects “us”. Photos are staged during the year in the hopes that a viable pose from a vacation snapshot will adequately capture the joy of a year’s travel exploits. The most pristine snapshots of the lot are selected to adorn our pre-printed cards (saving me from writing out each one individually). An assembly line is formed. Stamps, return address labels, addressee labels, cards inserted, envelopes sealed. The final step is a trip to the post office, where adding to the burgeoning mailbox stuffed with other people’s seasonal greetings, requires brute force. Despite the well-developed, multi-step  method of card preparation, Christmas cards are still the most annoying part of Christmas.

The displaying of the cards themselves is a badge of honor, a testimony to just how many friends we have. Over the years, I have purchased a number of gadgets designed to display the cards in a decorative manner. In the end, I usually just grab the scotch tape and stick them on the door frame between the kitchen and living room, where they are knocked off on a regular basis and then cease to stick since the carpet fibers have now stuck to the tape, rendering it useless. Eventually, there is an arbitrary point where the decision is made to resist the urge to reapply the cards to the display, as well as a cut off for new cards to be added. My apologies to the New Year’s card folk. You end up in a drawer, unseen and un-admired.

Once the season is over, a decision must be made as to which cards to save and which to toss. I have some weird superstition (all my own) about throwing away pictures of people so any photo cards are saved from hitting the bin. Every year, a card or two is just too beautiful to toss. They join the photo cards, never to be seen again once added to the box labeled “Christmas Cards 2014-2019”. All this prepping, hanging, and sorting is a lot of work for such a tenuous applicability and a short shelf life.

With the advent of the internet and the wonders of social media, my opinion of the necessity of Christmas cards has changed. In the “old” days, photo Christmas cards were one way to ensure that you saw the growing and expanding families of friends far and wide. A means to check in with assorted work colleagues past, a card with a pleasant note, bringing the receiver up to date with adventures and milestones, was welcome and expected. And if you were lucky, you’d find the ever enjoyable “Christmas letter” (the precursor to the cleansed internet personae that we all now project) tucked inside the envelope. Now, instead, I open Facebook or log on to Instagram and there they are, all of them, and all of their kids, and every event from the past twelve months, cataloged for the world to see, making me truly question the worth of the traditional Christmas card.  It is quite possible that the purpose and value of the traditional Christmas card is now mute in 2019.

Maybe it’s because I haven’t taken a good picture since January, maybe I haven’t found the perfect Vistaprint layout, or maybe I’m just lazy, but I have no interest in sending Christmas cards this year. I am not being anti-social or anti-Christmas. I dread the whole exercise. And, in truth, I know everything about you already. But I will admit, selfishly, that I fear being that person left off other people’s Christmas card lists for 2020. I know that I am not the only one who keeps track. It works that way universally – no card from you, no card from me. Yet, I still like to open my mailbox and feast my eyes on multiple red and green envelopes. Hence, my decision in the case of Marie versus the Christmas card is not final.

I anticipate a few more photo ops before it is too late for this year’s card to be designed and assembled so maybe there is hope for season’s greetings from me in a tangible paper form. But I wouldn’t count on it. And if you do get a card from me this year, consider yourself lucky and know that I expect one in return. I’d hate to delete you, but it’s the rule of Christmas card record keeping everywhere. And just in case I don’t produce a paper version of my wishes for you, consider this your card.

Merry Christmas and Happy New Year to you and yours from me and mine. 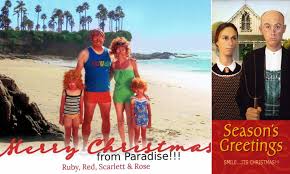 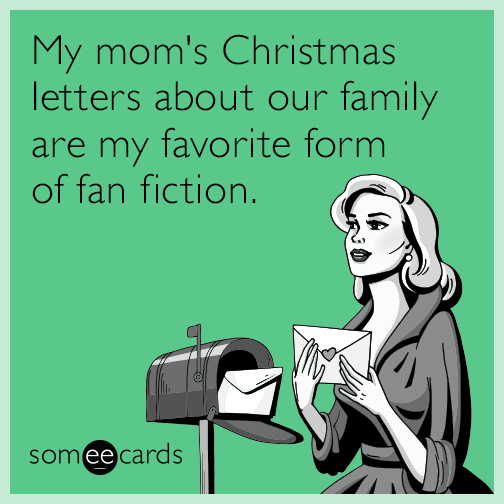 3 thoughts on “Christmas Cards: Is it time to “stamp” them out?”