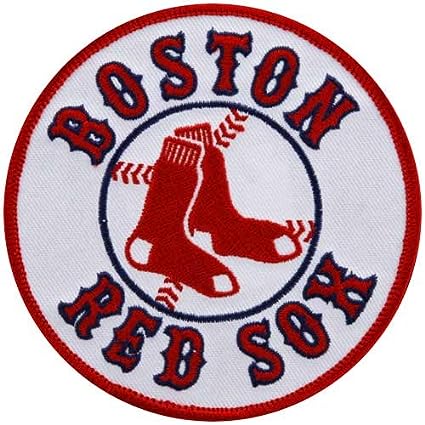 I watch the World Series by default. Every night, year round, I assume my usual position on the dual reclining sofa and hunker down for a dozy few hours watching mindless television, like “Family Feud” or “Britain’s Worst Teeth”, before moving to bed for the duration.  This scenario is dependable and sacred, except on World Series game nights in October, when my viewing is preempted with the arrival of my husband and his cell phone, his reader glasses, and a glass of seltzer water, signifying the end of my respite. He needs all of these tools to communicate with the outside world while the game ensues. Communication via text message goes out to family and friends, while frequent “dings” emanate from his lap where his phone is cradled. Most importantly, it has become his new means to watch the game with our son in Texas since his move last winter. In truth, I am amused yet mildly  annoyed, especially since there are only six other televisions in our house.

My history with baseball is long and storied. My mom, a fervent fan of the Boston Red Sox, taught me the game from her armchair, never having gone to a major league game herself. When my mother was a teenager, she became quite ill, turning to the ballgame on the radio for comfort and distraction. A true fan, the excitement of the 1967 “Impossible Dream” was the culmination of years of dedication.  Her excitement was contagious and I became a forever fan. Armed with a decent knowledge of the game and a fervor that only a mother can instill, I set off with my friend Noreen, in the summer of 1971, on the MTA to Kenmore Square, to my first Wednesday afternoon Red Sox game. It was the day of Yastrezemski, Tiant. and Petrocelli, and despite their talent, the chances of a post-season playoff berth, let alone a World Series opportunity, were slim to none.  Presenting ourselves at the ticket booth twenty minutes before the first pitch, we purchased two tickets for $4 each, affording us the privilege of entrance and two box seats, four rows behind home plate, just to the first base side of the much abbreviated backstop screen. It was a dream come true and a bucket list tick, even before I knew I had said list.  And to make the experience even more complete, a foul tip by Carlton Fisk hit me in the shoulder and popped into Noreen’s hands. Pretty much, my life was complete at that moment, at the age of 12, and I could have died happy, right there, right then.

For the next few years, my visits to Fenway were frequent, and I was in a constant search for willing partners in crime. With time, it was clear that my go-to comrade would be Gail, a neighborhood friend who yearned to be a sports writer and loved the Red Sox with a depth that match mine. Gail and I embarked on our intrepid journeys to the far end of Boston via a combination of bus and subway, experiencing all form of sights and sounds. We could rely on the man on the Mass Pike Bridge perennially collecting donations for “Wheelchair Basketball”, or be shocked with an unexpected assault like the man who exposed himself to us from the opposing side of the platform in the Haymarket subway station. Buying a cheap bleacher ticket for 75 cents, we anticipated the fourth inning when we would pay an extra 50 cents to cross over into the grandstand for an new and different perspective. Games were invented and goals were set, like Fenway Frank eating contests – my personal best is six – or sitting in every section of the ballpark during the course of one game (it was the 70’s and the place was a ghost town!).  On warm August Sundays, we would ride our bikes to South Medford early in the morning to buy Italian cold cuts and thick Italian bread from LaCascia’s to be packed in grocery bags (yes, you could bring bags into the game back then) for our early arrival at the park where we watched batting practice, gorged ourselves on capicola, and worked on our bleacher tans. Oh, and we met boys – which was an additional draw to the full Fenway experience. We relish these crazy memories to this day as part of our shared history and  our love for our hometown heroes.

One of our favorite hobbies involved scoring the game in the program purchased as we entered the park. If I must say, we were pretty good, often checking our accurate decisions with the scoreboard or against each other. When our high school formed a girls’ softball team, Gail and I decided to put our vast knowledge of games involving bats and balls to the test and tried out for the team. Failing at athleticism flamboyantly, the coach, aware of our scoring skills, named us co-managers, a position we proudly held for two years, alternating equipment management and game scoring between us.  Who knew all these years of fun and frivolity could be something that could enhance our college applications?

If I had to put a finger on when the Fenway frenzy ended. I would say it coincided with finding a boyfriend who lacked the fascination with the game that I had. Sacrificing my own interests for “love”, as so often happens, I found my Fenway pilgrimages to be fewer and less entertaining. It is baseball, after all, and once I had to just watch the game instead of involving myself in competitions and goal setting, it became a bit more tedious. And despite marrying a Red Sox fan, my baseball interest never sparked to the same level as those of my teenage self.

However, like riding a bike, you never fully lose your ability and knowledge, and your real passion for the game. For me, baseball is like riding a bike, or that comfortable, fuzzy blanket tucked under your chin when you doze on the recliner as the game blares.  Admittedly, I still love to watch a good baseball game. And in October, when the Red Sox are involved, a special comfort comes to mind. On the day before my mother died in October 2003, she called to discuss the Martinez-Zimmer scuffle with my husband. Their agitation and excitement were such fun to watch and the encounter offered the last time I had contact with her, even if indirectly. Red Sox baseball and October, woven like a tapestry into the fabric of my life, offer a security blanket, a connection, and a memory overload that always bring a smile to my face, and perhaps a tear to my eye, as well.  And, for that, I thank you, Mom. 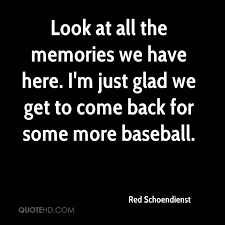